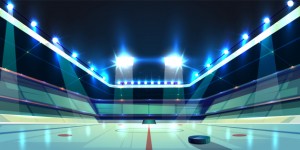 Alex Mosnick provides intellectual property solutions in his capacity as a broker at Aon Inpoint Consulting. When he isn’t working, Alex Mosnick enjoys following college and professional sports leagues such as the National Hockey League (NHL).

Alex Ovechkin of the Washington Capitals reached a significant milestone on February 22 when he scored his 700th career goal. Only seven others before him have recorded that many goals in the NHL. Wayne Gretzky, regarded as the best to ever play the sport, leads all players with 894 goals.

Selected first overall by the Capitals in the 2004 NHL Entry Draft, Ovechkin scored 52 goals in his rookie season and has since reached the 50-goal mark in seven seasons. He has won the Maurice “Rocket” Richard Trophy as the league’s top scorer eight times, including in 2007-08, when he posted a career-high 65 goals.

My Tweets
Join 18 other followers