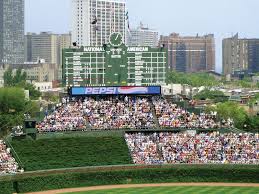 Okay, so not exactly a travel blog – but I was reading the new rules the MLB has in place in order to restart the season, and here are the 5 funniest ones (in order of least ridiculous to most ridiculous):

5) “High-fives, fist bumps and hugs are not allowed. Six feet of distance must be maintained when possible.” I’d love to see how this one goes after a walk-off home run – you want to emphatically high-five and hug the boys in the dugout and you arrive to… golf claps and everyone looking at you like you have two heads.

4) “Pitchers can have a wet rag in their pocket to use instead of licking their fingers” Yeah, right. This rule will be broken during almost every game instinctually by pitchers. Those guys lick their fingers nonstop.

3) “Spitting is not allowed, including tobacco and sunflower seeds. Gum is tolerated” Another TERRIFYING rule for baseball players – I could see some guys quitting over this. This one might be the toughest to follow.

2) “Extra inning games will begin with a runner on second base in an attempt to avoid games going deep into extra innings. This rule will not extend to the playoffs” This rule is just plain exciting, and it will be hilarious to see pitchers and fielders extremely frustrated at having a runner looming at 2nd and nothing they could have done about it.

1) “A ball will be thrown out once it has been touched by multiple players” Wait, what?! Doesn’t that happen on every single pitch and play? Under this rule, the ball would have to be thrown out after every pitch. This one makes no sense, I could see it going away shortly… but the thought of it is pretty funny.

My Tweets
Join 18 other followers